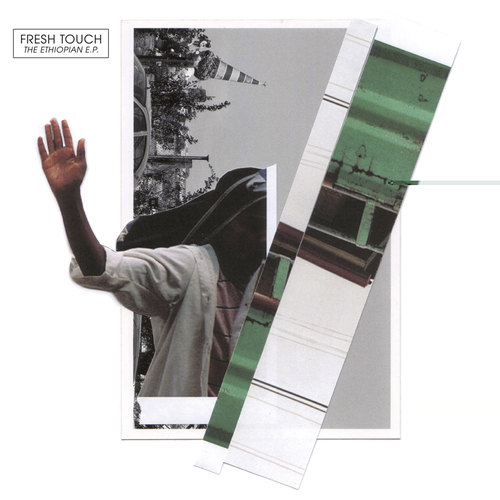 Fresh Touch is the brainchild of producers Richard Russell and Rodaidh McDonald, earlier in the year both Richard and Rodaidh teamed up with Damon Albarn, T.E.E.D., Actress and Kwes among others to produce an album for Oxfam in the Democratic Republic of Congo entitled DRC Music.

However, before DRC Music took place both Richard and Rodaidh embarked on a similar journey when a collaborative project began when the duo travelled to Ethiopia in 2010 as part of a musical and cultural exchange.

During their trip they met with local Ethiopian musicians and chose the capital Addis Ababa and the medieval walled city of Harar as the places of inspiration to record their collaborations.

In spaces ranging from hotel rooms to buses to airport waiting lounges, the plethora of soundbites that emerged from these meetings of musical minds were sampled and re-worked into brand new pieces of original music and Fresh Touch was born.

After minimal additional production and mixing in London and New York studios, the outcome is these four wonderful tracks which make up the debut ‘Fresh Touch’ EP.

Both Russell and McDonald were responsible for production of the EP while Nick Zinner of Yeah Yeah Yeahs fame shares a production role on lead track ‘Harar Rhythm’.

Prior to this release Richard Russell and Rodaidh McDonald have been involved in numerous other projects as producers in their own right. Most recently Russell produced, and played on Gil Scott-Heron’s album ‘I’m New Here’ and McDonald is credited with recording and mixing the Mercury prize-winning debut album from The xx, ‘xx’ and more recently his production work with the rising artist King Krule.

Fusing the traditional sounds of Africa with experimental electronic sounds, loops and samples, the four tracks on The Fresh Touch EP represent the fruits of an enlightening experience and a truly unique sounding record.